The contemporary art world has learned that Carol Hanisch’s call for solidarity in the 1960’s and 1970’s has had far broader significance between art and social change than for feminism itself. I’ve worked in the food service and retail industries since I was 16. I have been able to ignore the fundamental problem through student loans for over a decade but now, after having to push carts with 2 masters degrees and 4 other jobs, I find myself unable to ignore it anymore. Hard work and 40 hours a week for those making anything close to the minimum wage no longer leads to a lived life. The first success story in Modern history that not only produced significant social change but also strong artwork was Lewis Hine’s child labor photography in the early 1900s. Funded by the National Child Labor Committee Hine's images of child labor were eventually instrumental in convincing congress and Franklin D. Roosevelt to pass the Fair Labor Standards Act.

Today and for the coming years a living wage has become the central issue in the United States and it is only easy for those against a living wage to remain convincing if there are not images to discredit them. For this ongoing series of work started in the Triangle region in North Carolina I present demographic data from those like myself struggling for a decent life and that do not fit the popular narrative from opponents against a living wage. Subjects are paid a living wage for their time. I have listened to arguments that those making a minimum wage, or close to it, are only young, stupid, criminal, or lazy. In effect that the working poor are lower and must deserve it somehow. I can only assume for now that their assumption against the working poor, in that they deserve to suffer, comes from a visual disconnect between themselves and society’s broader everyday experience. 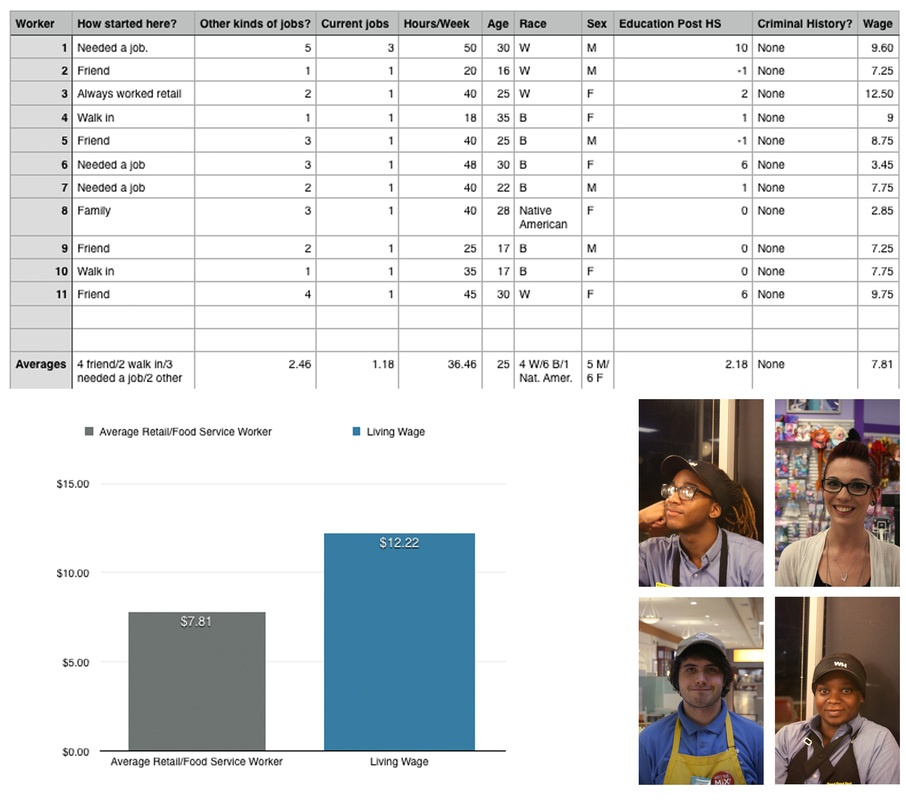